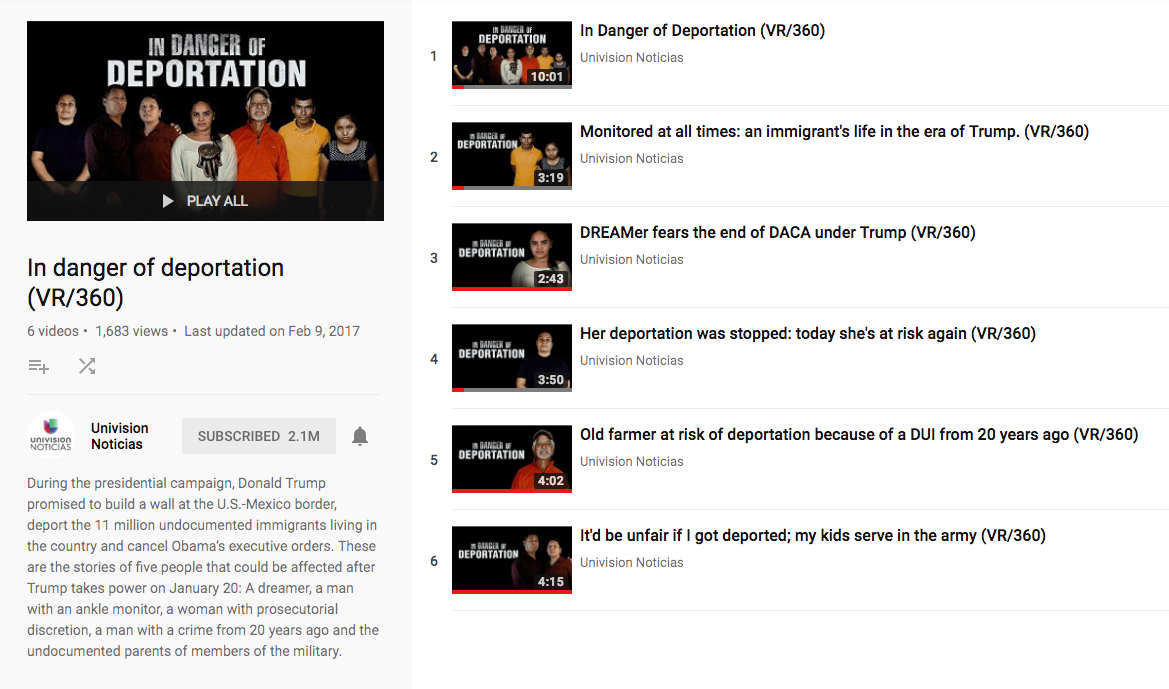 In Danger of Deportation is a virtual reality series we launched the day of Donald Trump's inauguration as president of the United States. It profiles in 360 documentary video a few of the legal cases most in danger of deportation with his immigration policy changes. We chose to tell these stories in VR because of the empathy ability of the medium - we wanted to put people who may not have been in contact with undocumented immigrants in their shoes.